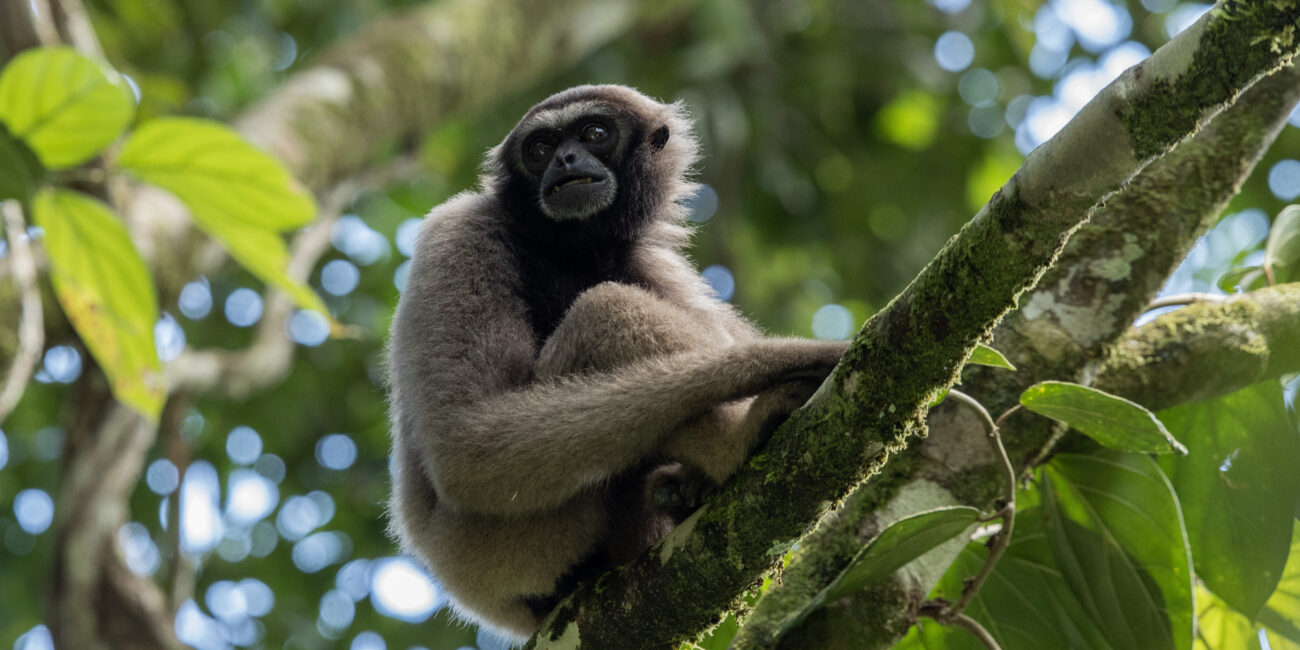 Aid for the gibbons on Borneo

The East Bornean Grey Gibbon (Hylobates funereus) is one of the rarest primate species in the world. They are classified as critically endangered according to the IUCN and urgently need our help. Our gibbon aid has the best chances to become the biggest Nepada project so far.

We aim to establish no more and no less than our own gibbon sanctuary on Borneo – to take in, care for and release the endangered primates into the wild. Together with the Gibbon Conservation Society in Malaysia, we have drawn up a major master plan for a holistic center that also includes plans for local jobs, sustainable tourism and reforestation.

Borneo’s rainforest is one of the oldest and most biodiverse rainforests in the world. It is one of the few remaining natural habitats for the endangered Bornean Orangutan and various Gibbon species. At the same time, the forests are an important refuge for the Asian Elephant, the Sumatran Rhinoceros and the Borneo Clouded Leopard, as well as numerous species of plants and birds.
Since the introduction of commercial logging, oil palm companies have been clearing vast areas of virgin forest at rates that often exceed deforestation rates in the Amazon, causing many species, such as gibbons, to lose their habitat. As seed dispersers, primates serve an extremely important role in maintaining a healthy and diverse forest ecosystem.

While deforestation contributes to forest decline, the greatest threat to gibbons is the illegal wildlife trade. Entire gibbon families are killed by traffickers for their babies to be sold as pets.

Although gibbons face these urgent threats, there is as yet no sanctuary for these rare animals on the island of Borneo. Of the twenty gibbon species worldwide, five are found exclusively on Borneo. In the Malaysian part of Borneo the “East Bornean Grey Gibbon” (Hylobates funereus) can be found, whose population is currently classified as critically endangered according to the IUCN.

Our Partner on Site

Together with the GCS Malaysia (Gibbon Conservation Society) we would like to address the conservation of the “East Bornean Grey Gibbon” with this project. Mariani “Bam” Ramli is the President of the GCS in Malaysia and a member of the IUCN SSC Section on Small Apes. She has led the GCS since 2013, which is audited annually by the IUCN (World Conservation Union).

The founder is already running the first Gibbon Rehabilitation Project (GReP) of Malaysia. In line with this plan, the first GReP on the island of Borneo is now to be established – with Nepada Wildlife e.V. as international support. Bam brings eight years and countless animals of experience with him.

Thanks to your support, we have raised 5,000 Euros in emergency aid to protect the endangered Bornean gibbons! With these donations we can provide food and milk for all animals, veterinary care, a full time foster home and the complete corona provision for the team all year round!

Until the establishment of a rehabilitation and education center for the East Bornean Grey Gibbon, Nepada Wildlife e.V. is concentrating its efforts especially on the preparation of appropriate grant applications as well as on the financial support of the current work of the GCS in Malaysia.

Donate now for the gibbons of Borneo

More posts on the topic 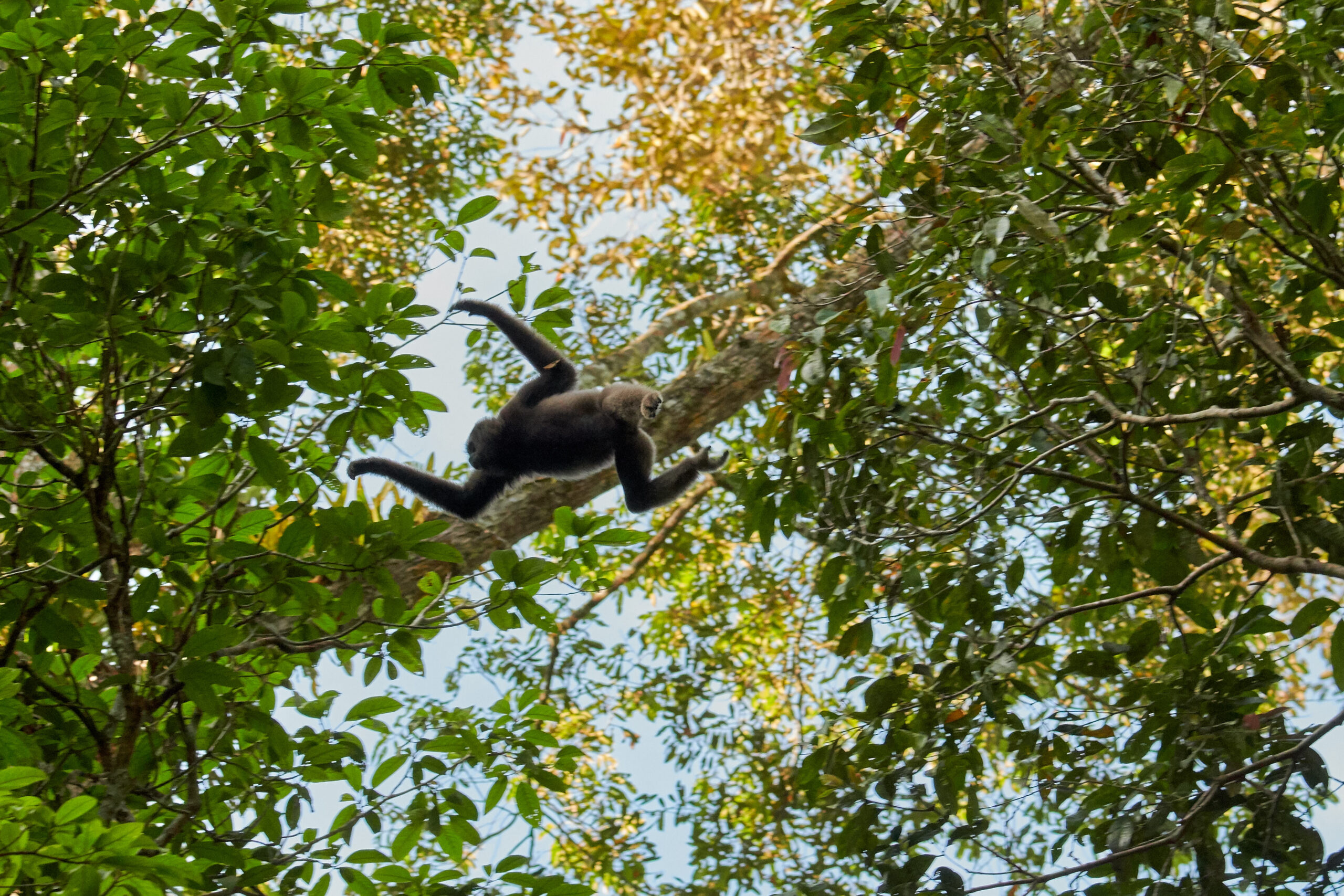 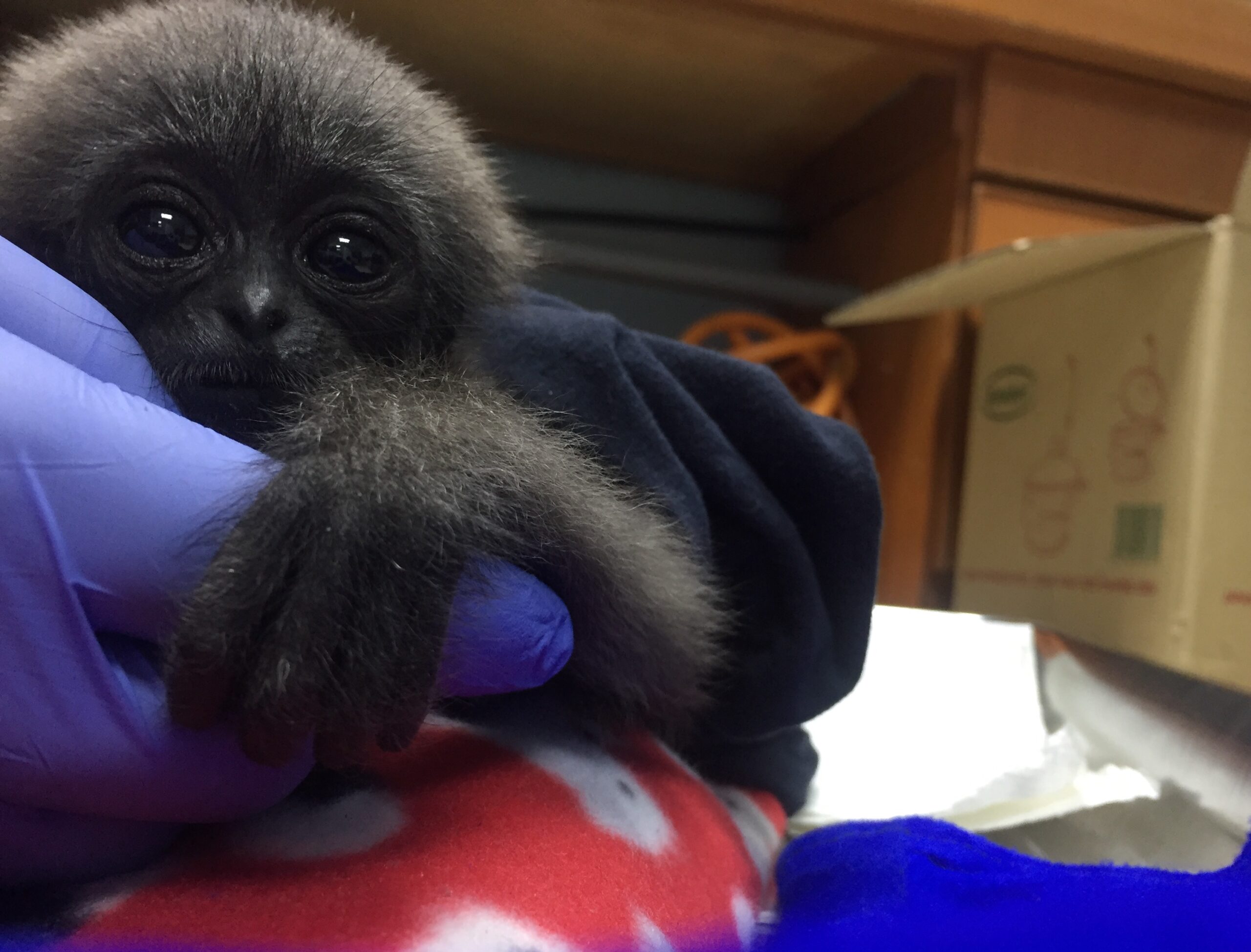 Borneo Gibbon – Last of its kind?