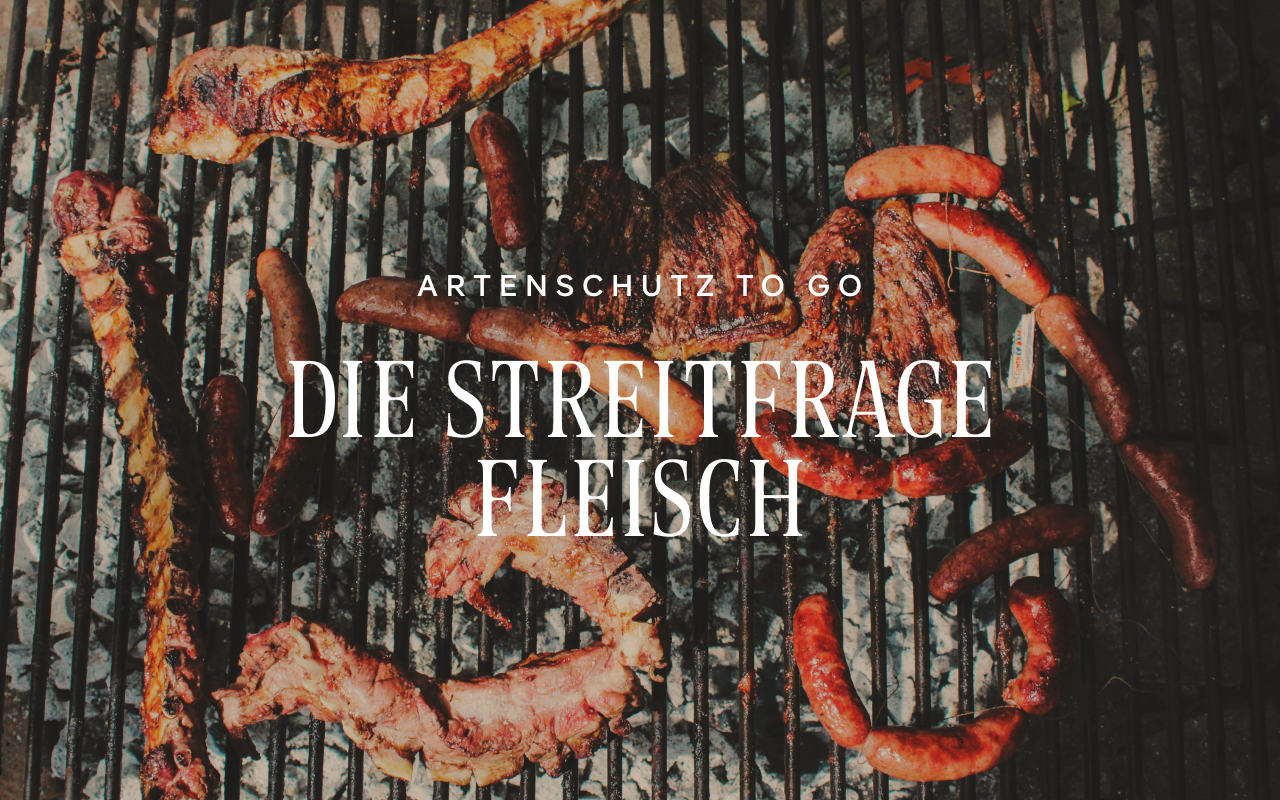 The controversial issue of meat 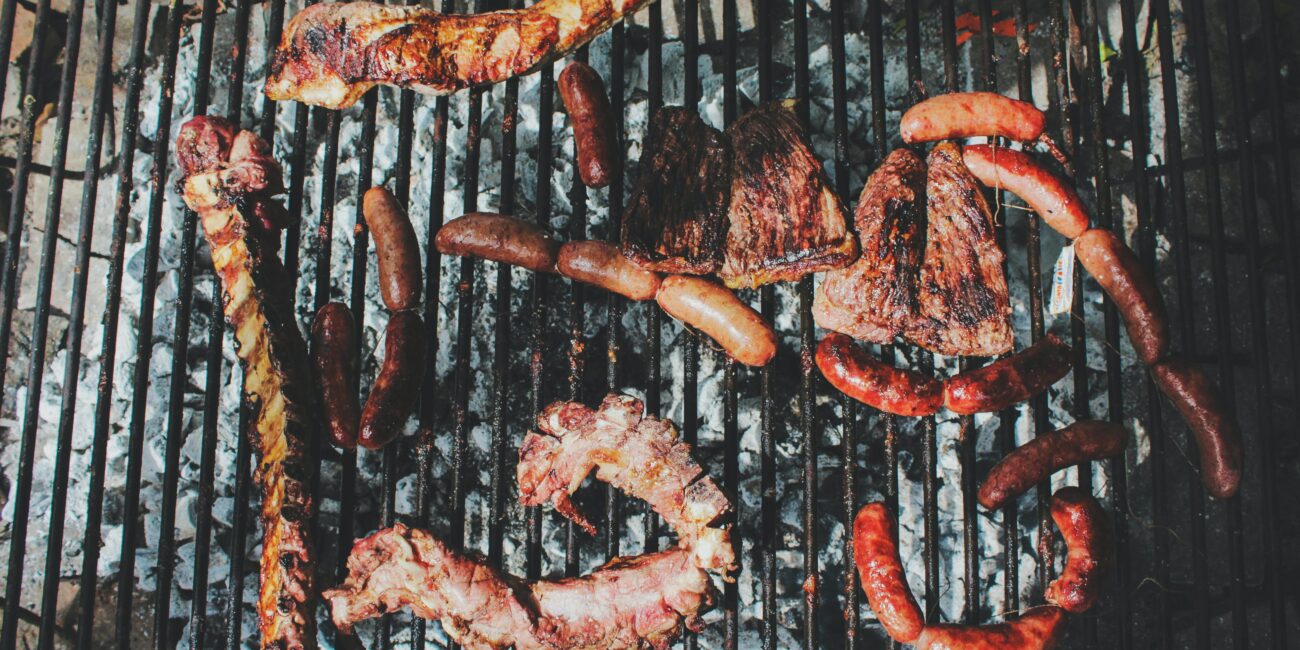 Once again, with the barbecue season approaching, the controversial issue between meat consumers and non-meat consumers rises. Sometimes the discussions seem no different than a discussion on religion. Instead of attacking each other with barbecue tongs, let’s look at current meat consumption and how we can simply eat better – from climate change and our health perspectives.

Regardless of personal convictions, it is a fact that meat consumption has an impact on climate change due to the industry’s greenhouse gas emissions at scale. According to statistics, greenhouse gas emissions would fall by 75% if meat were removed from diets.[1] In particular, the contribution of cattle farming to the climate crisis cannot be underestimated: every time a cow eructs or flatulence, the climate-damaging methane produced during digestion is emitted. In the atmosphere, it does 20 times more damage than CO2.[2]

Methane and nitrogen oxides are also released when the manure from all the livestock is spread on the fields as fertilizer. However, with our current mass livestock farming practice today, far more slurry is produced than needed for fertilizing. As a result, much more is spread than the soil can absorb, causing the nitrate contained in the manure to enter our waterways. Nitrate stimulates the strong growth of algae and cyanobacteria (so-called blue-green algae), which die and begin to rot. This process deprives the water of oxygen, creating so-called dead zones, where marine life can no longer exist. When nitrate solution seeps into the groundwater and thus into our drinking water, it causes a direct impact on our bodies. It produces so-called nitrosamines, which are suspected to cause cancer and to trigger cyanosis for infants. Due to the massive amounts of slurry from industrial farming, it is becoming more and more difficult for waterworks to comply with the prescribed nitrate limit of 50mg/l.

Residues of antibiotics or other medicines used in conventional animal farming could also be detected in manure and thus in the fields. Filtering these residues is a difficult effort for a sewage treatment plant. Despite the efforts, antibiotic resistance is still being spread in this way. Due to the excess amount of liquid fertilizer, some of it is passed on from one farmer to another and thus transported supraregional – together with residues and multi-resistant germs. It is not only our waters that are polluted. Meat production requires large areas of land. Not only for the livestock itself but especially for the animal feed, such as corn and soy, with which a large number of farm animals are fed and fattened. Since the cultivation of these crops in Europe is not possible -in terms of area and expense- animal feed is mostly imported from abroad. Only for this purpose, large areas of rainforests are deforested and replaced by monocultures, which of course have a negative impact on the climate balance due to habitat and biodiversity destruction. Livestock farming is responsible for 91% of deforestation in the Amazon.[3] Many areas that are used to grow animal feed or provide pasture for cattle could instead be used to grow crops or vegetables for human consumption. In this way, more people on the planet would be fed and as a result, less people would suffer from hunger. According to a study by Oxford University, we could even reduce global agricultural land by up to 75 percent[4] without meat and dairy products, thus creating more space for wilderness and ecosystems that remain intact.

For the health of those who have the opportunity to eat meat regularly; reducing meat consumption would have a positive impact as red or processed meat is classified as a probable carcinogen by the World Health Organization (WHO).[5]

The meat industry’s enormous water consumption should not be forgotten either, starting with feed production, through animal husbandry itself, to the process of slaughter. Just to give you an idea of the scale: Approximately 15,000 liters of water are needed for one kilo of beef.

We already consume far more resources than our planet can reproduce in a year.[6]

Our meat consumption contributes to this phenomenon through its intensive use of land for animal breeding and feeding, as well as its impact on the climate crisis. However, in this context, the low price tag of a piece of meat in the supermarket is in no relation to the uncontrolled release of climate-damaging greenhouse gases, the water pollution as well as the enormous water consumption associated with the production. The incessant deforestation of the rainforests destroys the habitats of many animal species and plants, some of which are threatened with extinction. Many of the animals themselves pay a further price with a life in factory farming. The issue of animal ethics must also be addressed here: After all, don’t our fellow animal creatures also have rights? Against the legal background, an animal is still treated as a “matter”. This results in low legal minimum standards that are not very species-appropriate keeping conditions in conventional animal farming. How can it be that zoo visitors are pained to see a tiger behind bars but eat the pork steak from factory farming without a bad conscience?

However, livestock production is also one of the most effective and easy to implement levers to do something for our planet. After all, “Everyone will eat something relatively soon and can do something about climate change right away.”[7] With a vegetarian and vegan diet, we could cut greenhouse gas emissions nearly in half (98 million and 102 million metric tons of CO2 equivalents, respectively), and the amount of land required for food would also drop by 46 and 50 percent, respectively.[8]

Let’s start with small but effective steps: Just one meat-free day per week in Germany alone would save 9 million tons of CO2 per year. That corresponds to about 75 billion car kilometers.[9] For both climate and animal welfare reasons, when consciously reducing meat consumption, we should always make sure that the origin of the meat comes from organic and regional farming. Of course, this goes hand in hand with the willingness to pay for species-appropriate and climate-friendly animal husbandry. The trend is going in the right direction: last year, we reached a decade low with an average of 57.3kg meat/person. That’s a record 750g less than in 2019 and the lowest level since 1989, when the calculation of consumption began. “Although this is definitely a reason to celebrate,” urges Dirk Messner, president of the German Federal Environment Agency, for a more significant reduction. He says that at least halving current meat consumption in Germany is necessary to halt the climate crisis in the long term[10]

Getting informed is one of the first important steps. For example, we can establish the topic of environmental education and animal welfare as a fixed part of school education and perhaps even integrate a visit to the slaughterhouse. Because meat consumption, e.g. in the form of “Pumucklstreichwurst” or “Bärchenwurstaufschnitt”, wrapped in plastic, makes the actual product pork remain invisible. In this way, we tend to move away from a needs-based and conscious consumption that recognizes the true value of our food. In short, to preserve our own health, even we humans cannot consume more than our Earth provides in the long run. Changing our diet – at least partially – can therefore be an important step towards living in harmony with the planet again.

4. Avoiding meat and dairy is single biggest way to reduce your impact on earth (TheGuadian.com)

Titelfoto by Andrik Langfield on Unsplash
For further reading: 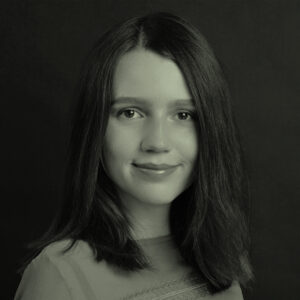 Volunteer at our editorial team 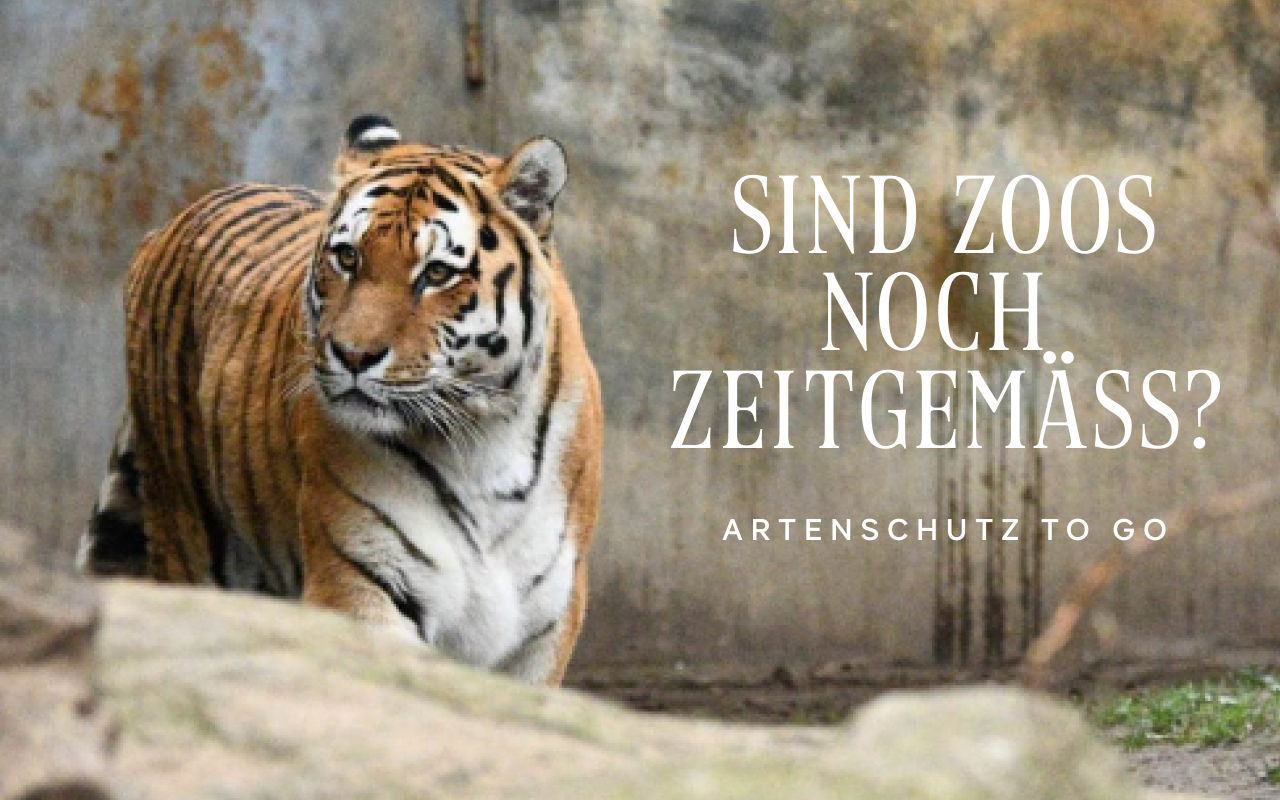 Zoos and large show aquariums are controversial institutions for many conservationists. We ask ourse 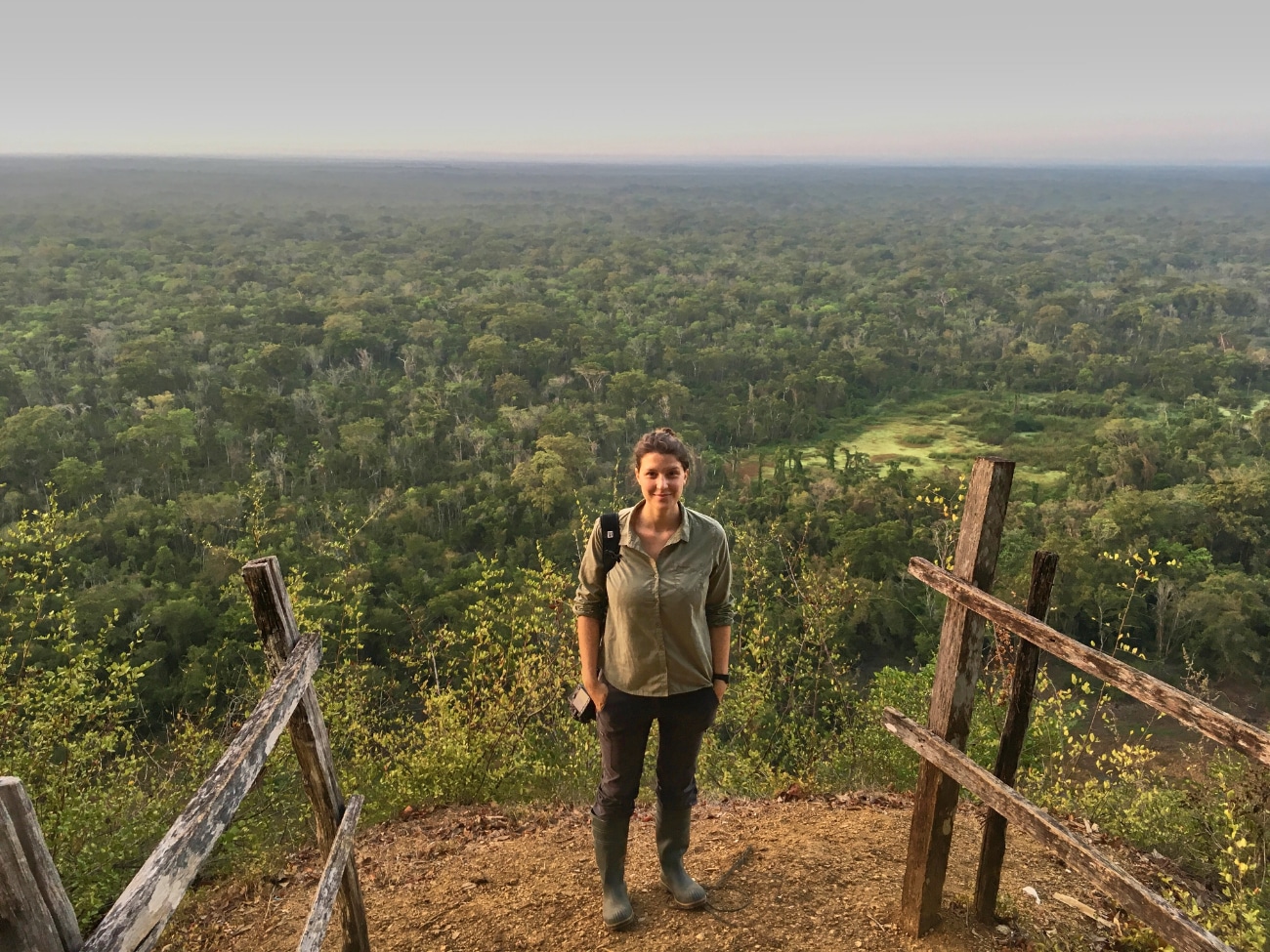 Countering the next pandemic with species protection

Somewhere in the Far East, a bat, a pangolin and a human meet. A trivial piece of news that normally 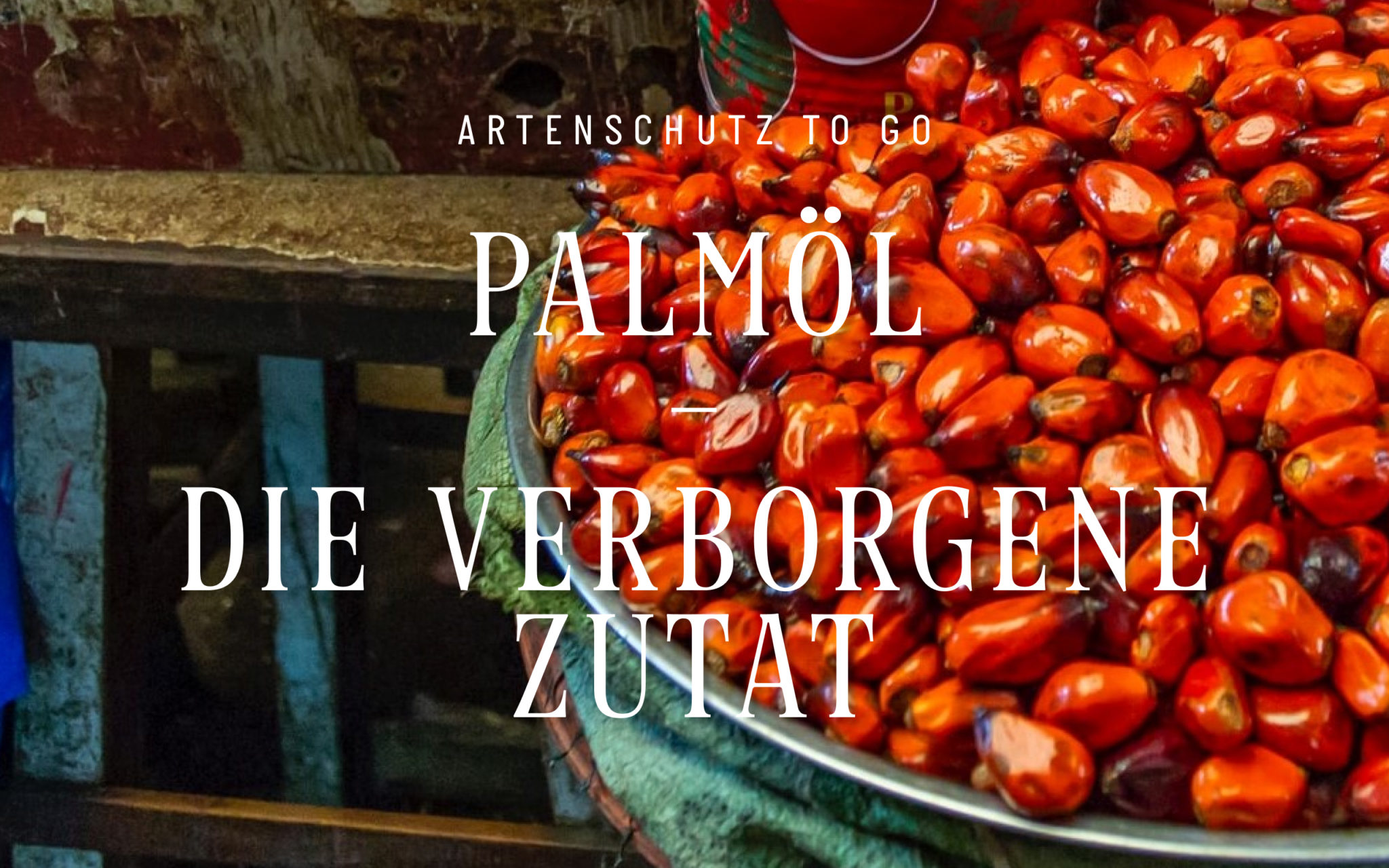