Your Donations for the Tenharim, the Indigenous of the Amazon

In autumn 2019, severe forest fires have ravaged the rainforests of Amazonia and also the territory of the Tenharim Indians in the southwestern Amazon forest of Brazil. The fires got out of control and devoured forest and important ritual sites of the 1,000-headed indigenous people. The Tenharim were denied any government assistance for the fire-fighting efforts. Together with the journalist and South America correspondent Thomas Fischermann we started an emergency aid for the desperate Indian tribe and with your help we were able to collect a total of 13.200 Euro donations for the Tenharim and handed them to the tribal chief. As a thank you for the great help and solidarity from Germany, the Tenharim have sent us exclusive video material from Brazil.

Your Support for Bullsharks

In June 2019 we visited the marine conservation organization CREMA in Costa Rica and worked with bull sharks off the Pacific coast. Thanks to your great 2,000 Euro donations, we were able to finance a new acoustic receiver for the NGO, as well as new transmitters for their research work. A big thank you goes to all donors and supporters who are as concerned as we are about protecting our oceans. <3

Brazil needs us now! Nepada travel through Amazonia last year and got to know the most species-rich forests, the rarest animals and wonderful locals. All the more shocking were the Brazilian election results of an ultra right-wing president, who wants to promote deforestation of the Amazon and dissolve reserves of indigenous communities.

We cannot stand still while politics destroy Brazil’s rainforests and habitat for many indigenous people and endangered species – a green lung of our planet. And the change is coming: Deforestation has already increased by 84% since last September!

With the project “Forest Purchase Amazonia” we support the association Living Gaia to buy 50 hectares of land for the indigenous tribe of Huni Kuin in Acre, Brazil, which is being reforested and will provide a home for the Huni Kuin. Help us to secure habitat for humans and animals in Brazil and donate

Basically, in the Amazon, land has to be purchased to bring it into private possession and thus to protect against exploitation and offer the locals a permanent habitat. What the reserves have done so far, will not be safe in the future: they are state owned and are now in danger. The task is to convert the land into private property or buy back land that is already privately owned.

Here you can find more information about the project and an interview with the tribal leader of Huni Kuin.

Thanks to you guys a fabulous donation of 1,700 Euro was raised by Nepada Wildlife for the Scarlet Macaw Program in Guatemala. Hannah personally handed the money over to the Wildlife Conservation Society Guatemala and was overwhelmed by the great gratitude and joy that she received back. Hannah herself worked with the locals at the research station in the middle of the jungle, received an insight of the conditions and problems on-site and we are more than happy that our donations are such a great help. We were able to use the money to buy equipment for the breeding of the macaw chicks that was urgently needed, finace new functioning climbing gear and support the salaries of the field technicians. THANK YOU for your great commitment! 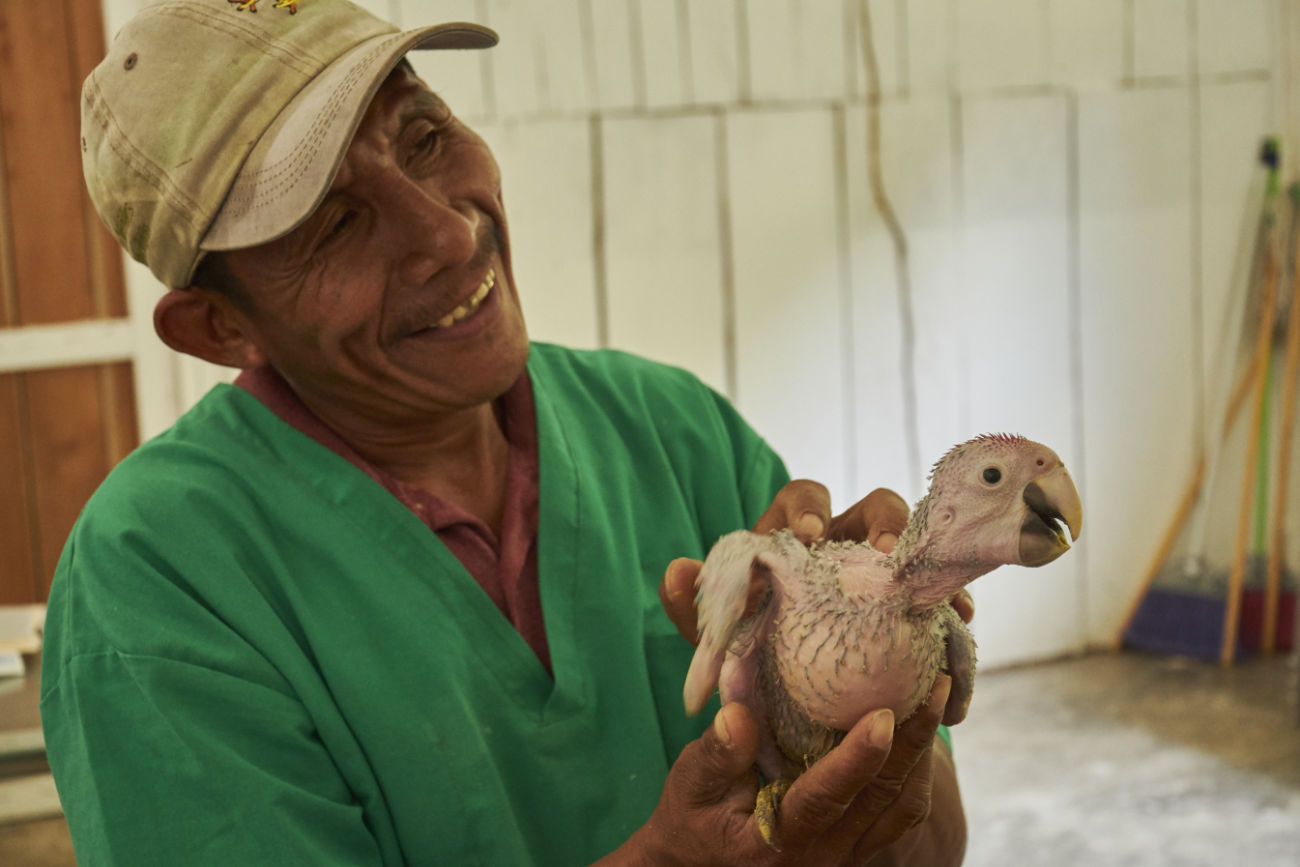